This is the latest club layout to be started from scratch. It is being built on baseboards that have been reused after the Model Railway Challenge TV series.

It is being modelled in 7mm scale with features such as a ship coal loader being planned.

The initial layout plan has now been revised to take better account of the intricacies of dockside operations.

The layout is at a very early stage of construction. 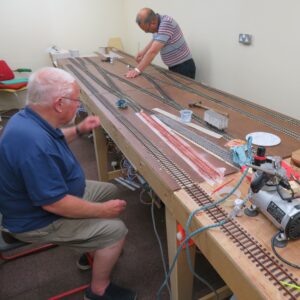 Rails and sleepers get a make-over. 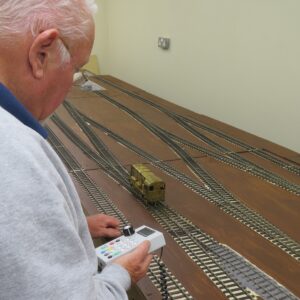 Malcolm puts a newly chipped loco through its paces. 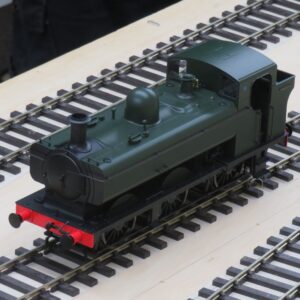 Welcome to the Racetrack. 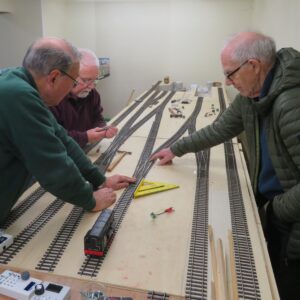 Wiring the last point is challenging. 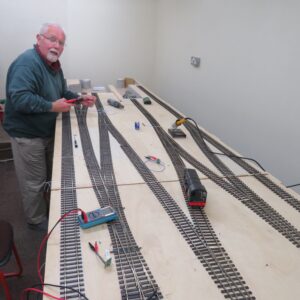 The loco has almost made it to the end. 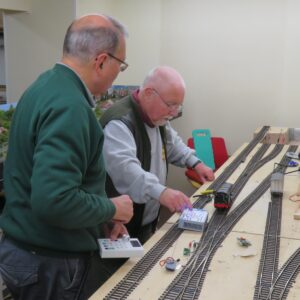 Inch by inch, power is applied to the track, and... 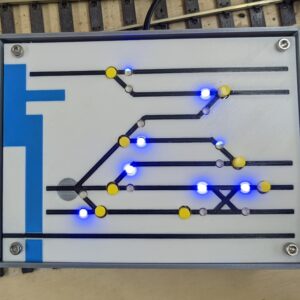 The points on Dockland are reconnected to the mimic panel