Stickey End is an imaginary small branch terminus in the south of England. Originally built by a Victorian industrialist to serve his private estate, it was mainly used in the steam era by Londoners escaping into the countryside.

The station has a passenger platform and a short goods bay. There is a small platform-mounted signal box, which also controls a level crossing. Beyond this, the line disappears into a tunnel under the North Downs on its way to join the main line. 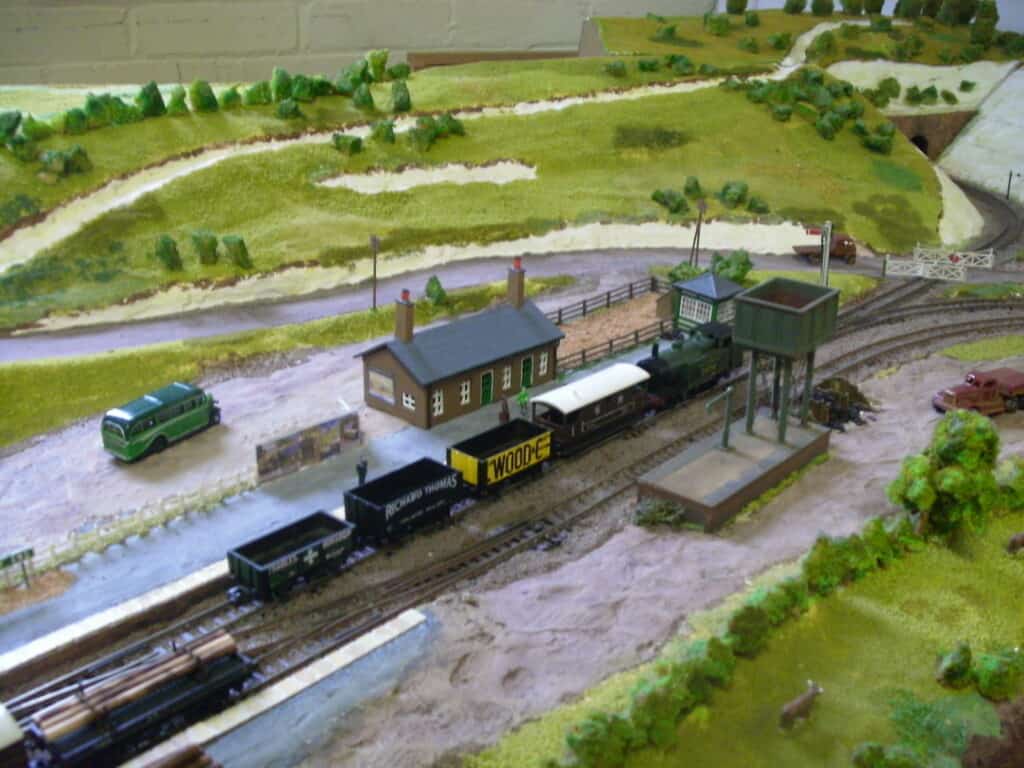 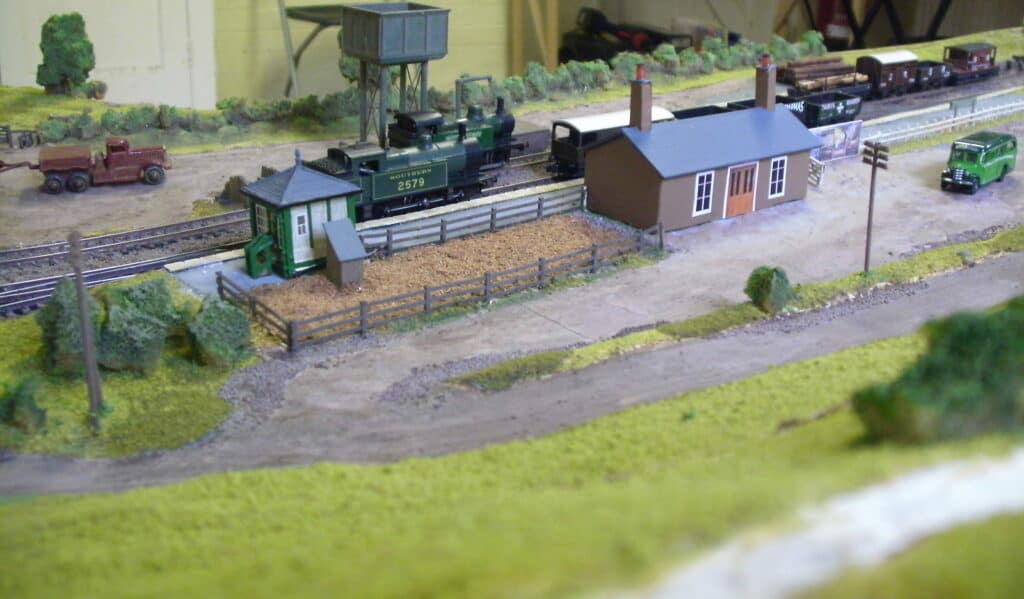 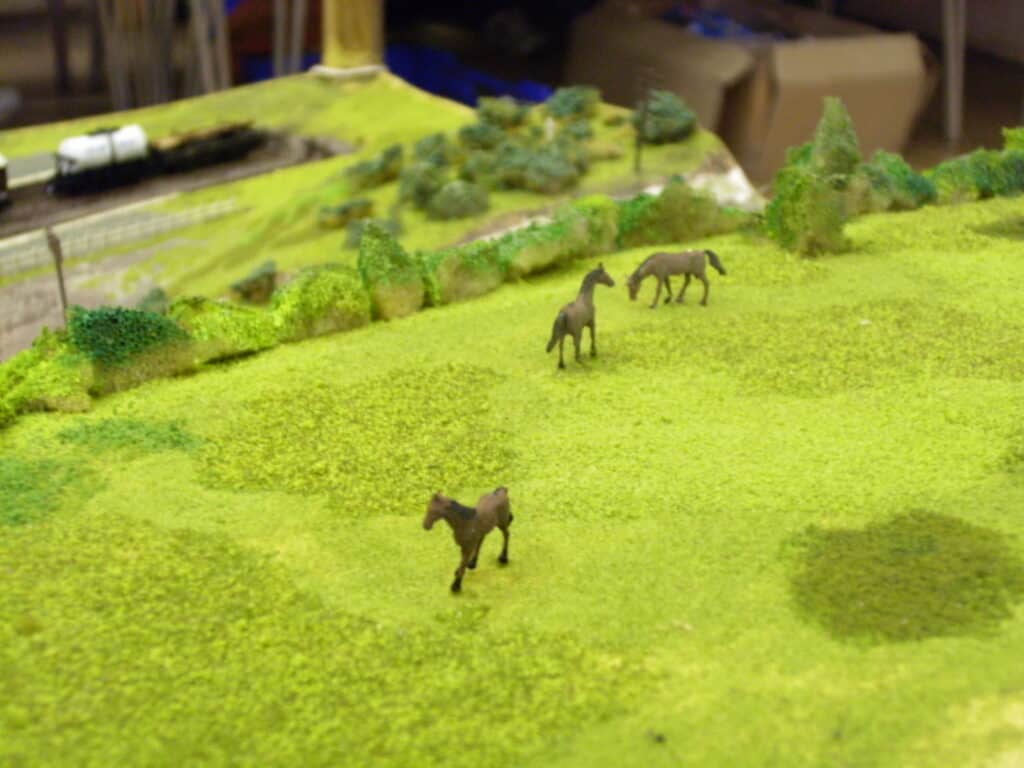