The club tries to organise at least one workshop per month to help share knowledge  amongst its members.

In 2019, we have held the following workshops:-

These fundamental components are at the heart of most electronic circuits. Members considered what resistance was and its relationship to voltage and current. Some experiments on the breadboards looked at resistor in series and parallel and how to make a potential divider. At the end of the session, members discussed how resistors were used in model railways. A late question let to a refresher on the use of multi-meters to measure voltage, current and resistance.

Capacitors are found in most electronic circuits. Topics included:-

Diodes, sometimes called rectifiers, are one of the fundamental components used in electronic circuits. This workshop covered the following topics:-

After a light hearted discussion on how not to solder, we covered the basic principles of soldering printed circuit boards and then had a practical session where Ray demonstrated how it should be done and the rest of us struggled to meet his high standards. At the end of the session, we all had a track tester that worked.

Some details of past workshops in 2018 can be found by clicking on the photo below. 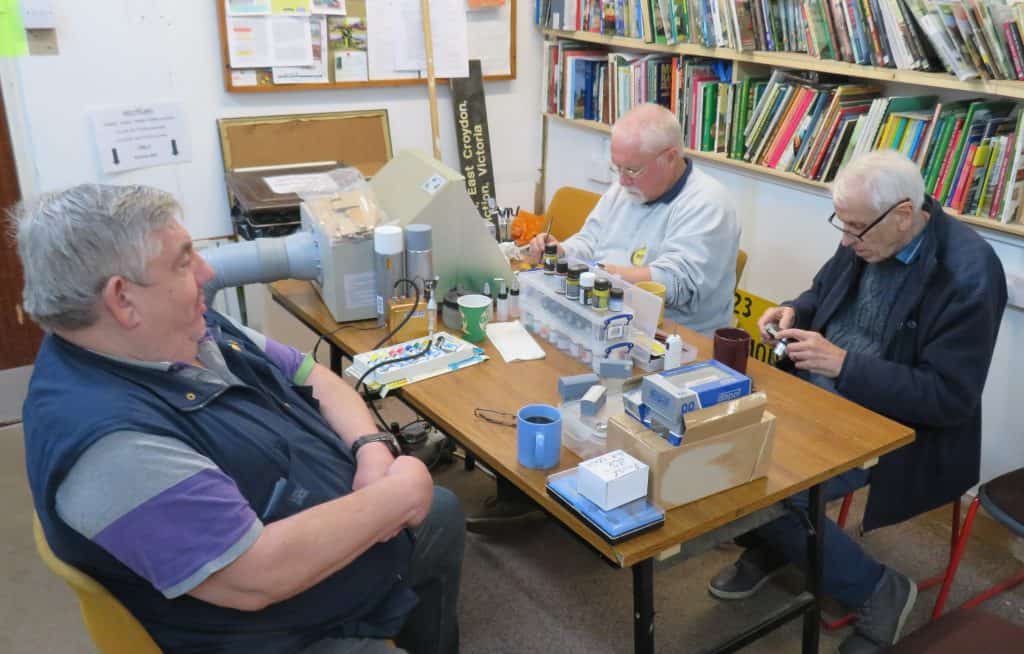