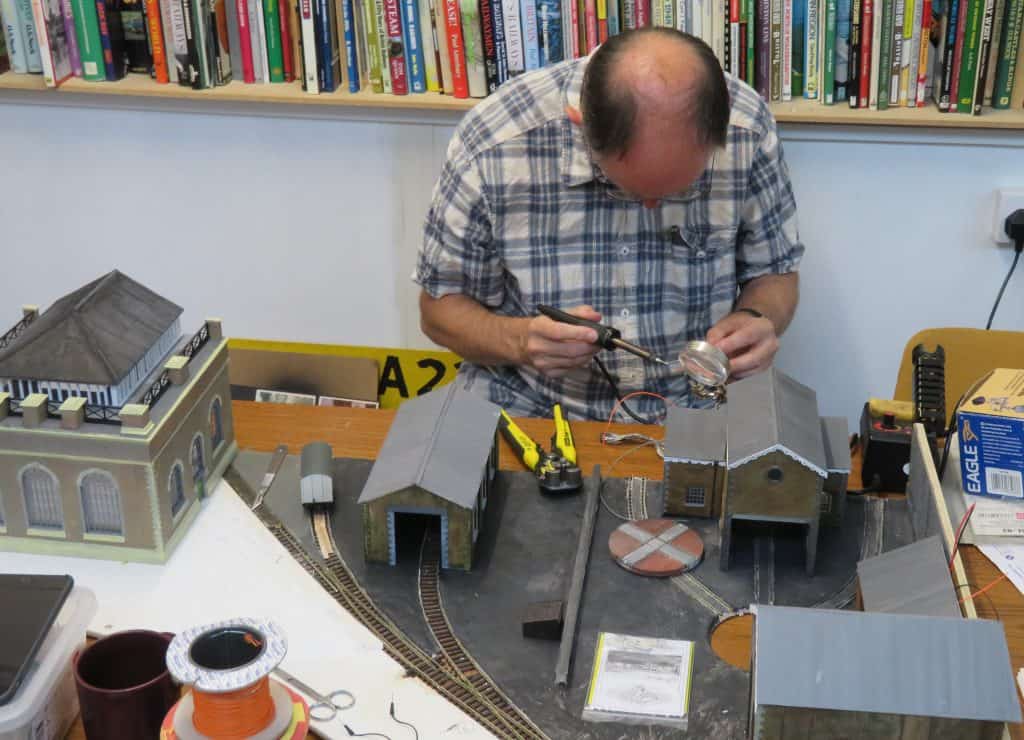 All on his own this week. Richard wielded the soldering iron so that he could test the lighting in the buildings. Allan was in favour of adding yet more electronics to adjust the intensity of the LED lights. Richard was more pragmatic and said that he would just adjust the intensity and colour with some paint!

Although the focus is on the Dockland mimic panel, work on the revised Purleigh mimic panels have been progressing taking account of the evolution of the Dockland Panel.

As more members arrived in the evening, Purleigh was again running members locos.