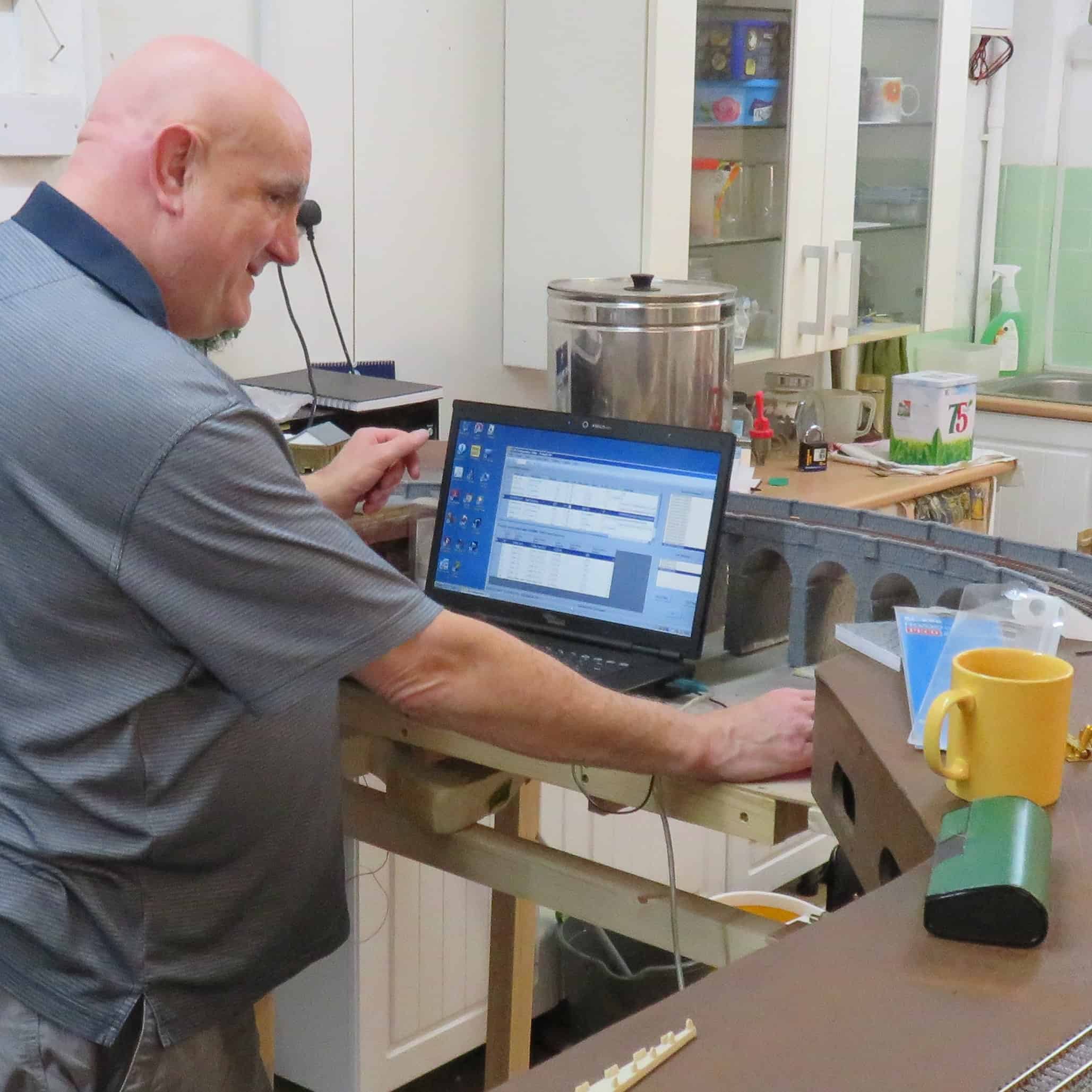 Dave, the layout manager, cajoled members of the tam to help him reduce the number of items on his snagging list.

Shaun had to dust off the computer and add a second point movement to an existing button on the mimic panel.

A second point was highlighted as having problems but the sparkies denied it was the electrics. Malcolm H and Dave clearer out some ballasting from the point, the movement was adjusted and all was well.

Colin ran his loco round the track and it was made clear that some track cleaning would be the next priority!

Meanwhile, Richard was quietly getting on with some of the detailed modelling of the wagon works.

It is now getting close to the time that the board will be permanently attached to the baseboard. The last section of track to connect to the wagon works was measured up.

Some thought was given to how to connect the electrics to enable locos to run and to provide power to the lighting effects.

There has been some talk of a Wagon Works Son et Lumiere when the facility is formally declared open the the club chairman. 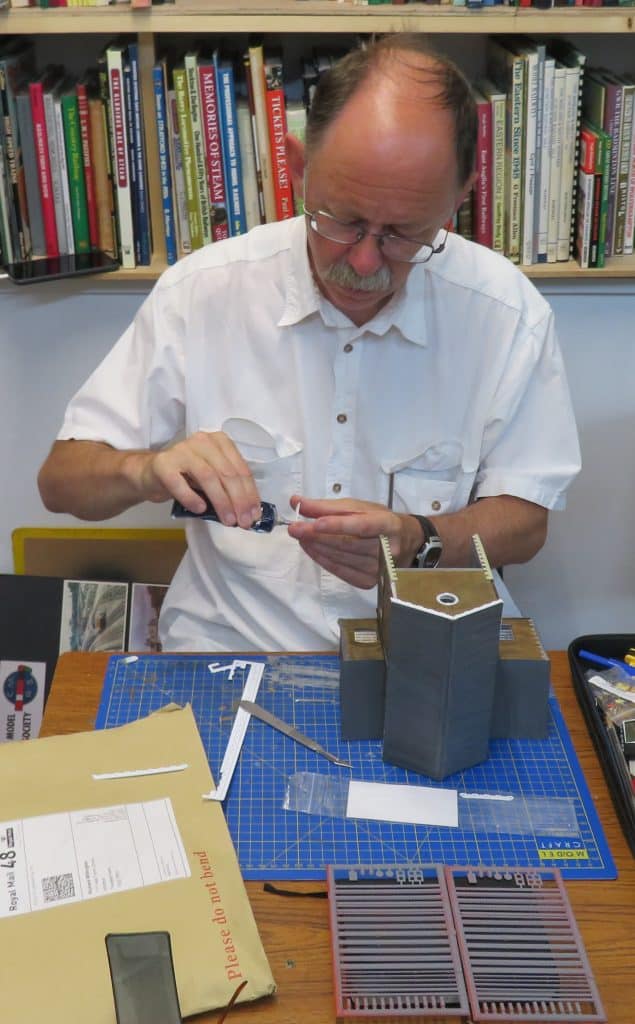