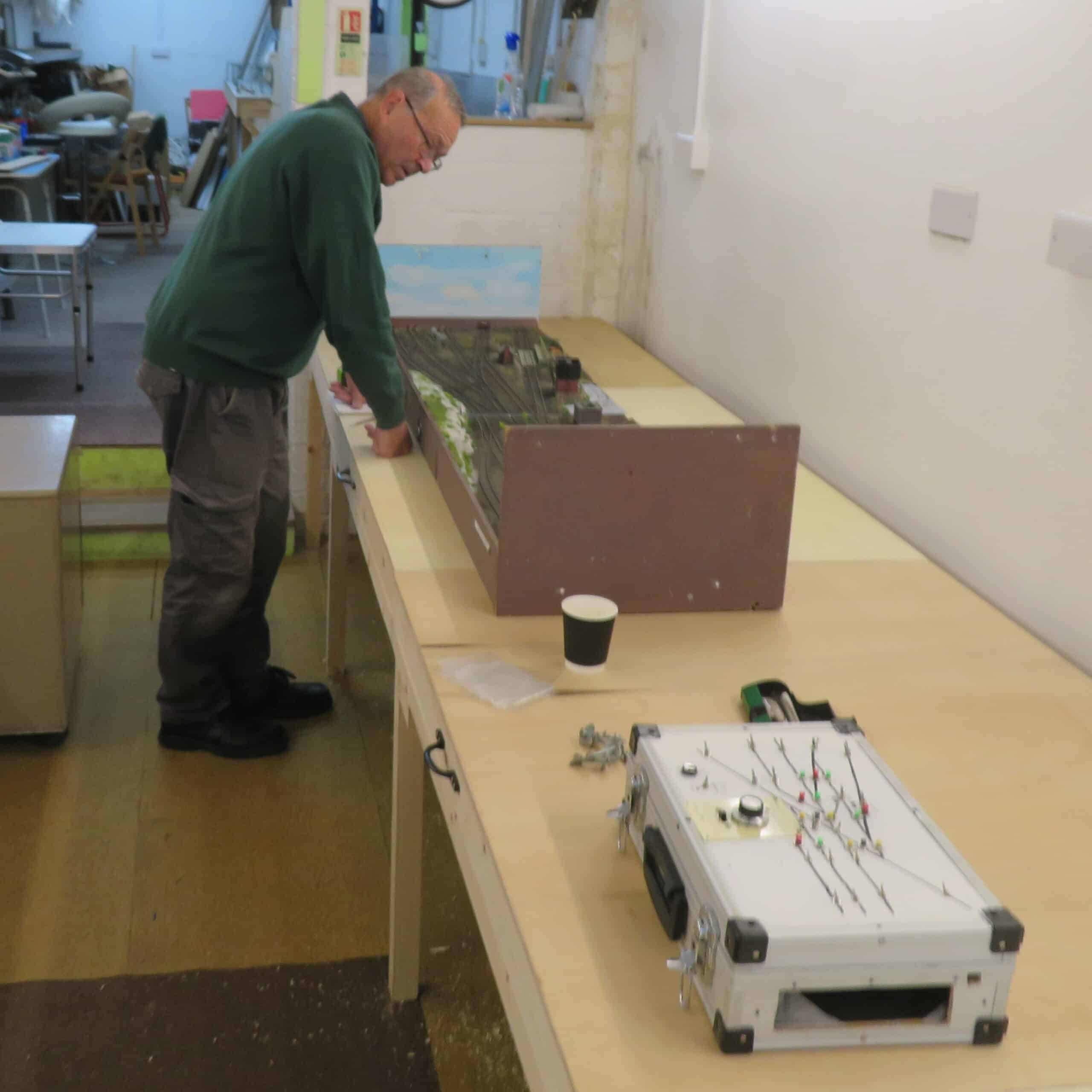 Now that the decision has been made to carry out a refurbishment some decisions have already been made.

The scenics are now looking a little battered after years of use at exhibitions in and around the Croydon area. The fencing needs to be replaced and a new home needs to be found for the signal box.

One of the catches that keeps the two parts of the layout together was in need of repair. Dave fixed the catch in a large vice and set to with a club hammer – surprisingly the catch has regained its original shape and works well.

Plans for a new mimic panel are now well developed. It will be 3D printed in two parts to get a workable set of dimensions and the existing metal control panel will be replaced by a simple speed and direction control.

The existing point motors will be retained but the existing Capacitive Discharge Unit will be replaced with more modern circuitry.