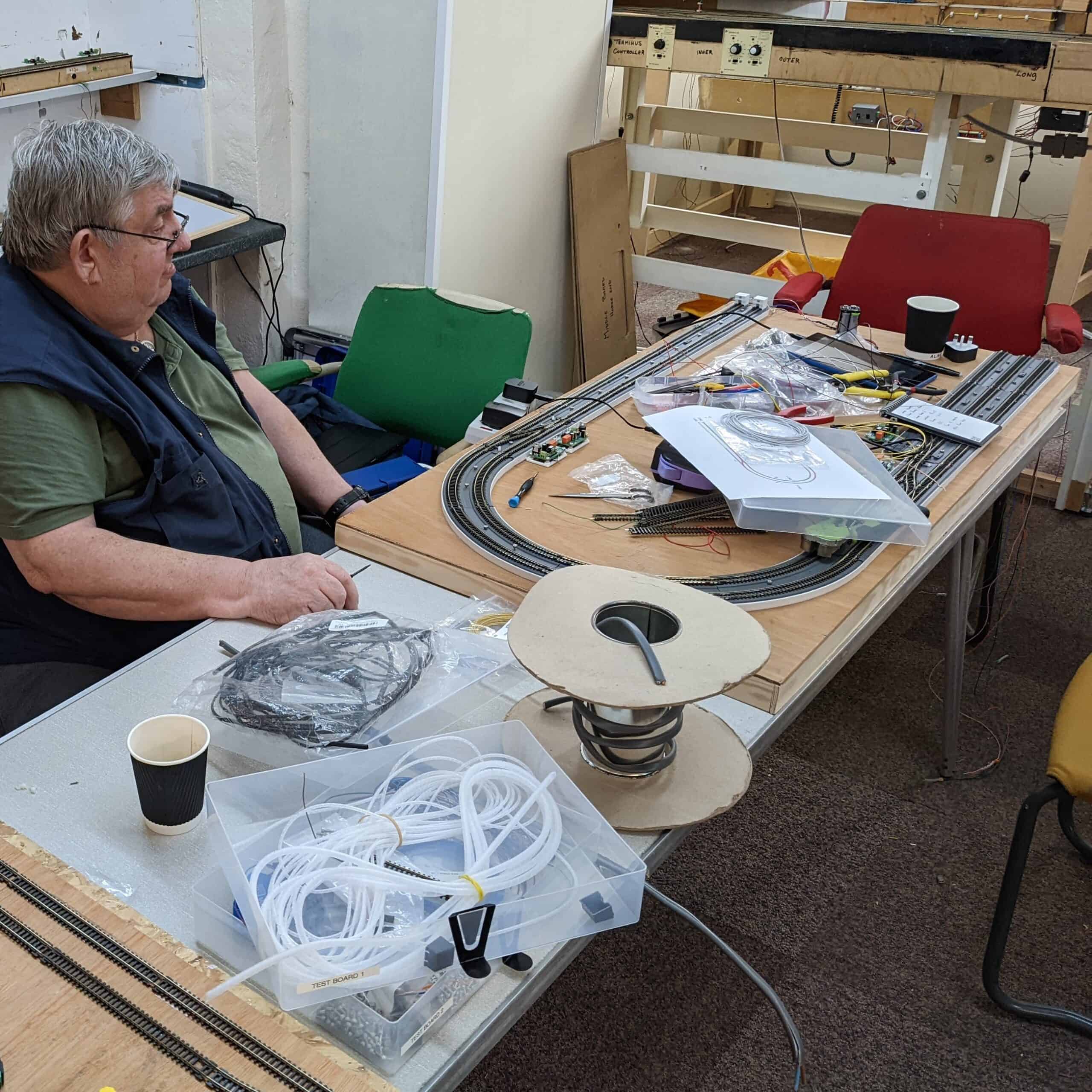 When Ray ran a telephone exchange he would never have countenanced a scene such as this – utter chaos on top of Test Board Two.

He had spent so much time with his head down wiring in the two points when he looked up with horror as he saw the mess that Allan had left behind.

It was only later in the session that Allan noticed his faux-pas with the 3D printed ballast sections. Although the problem was rectified later, the photo was taken before!