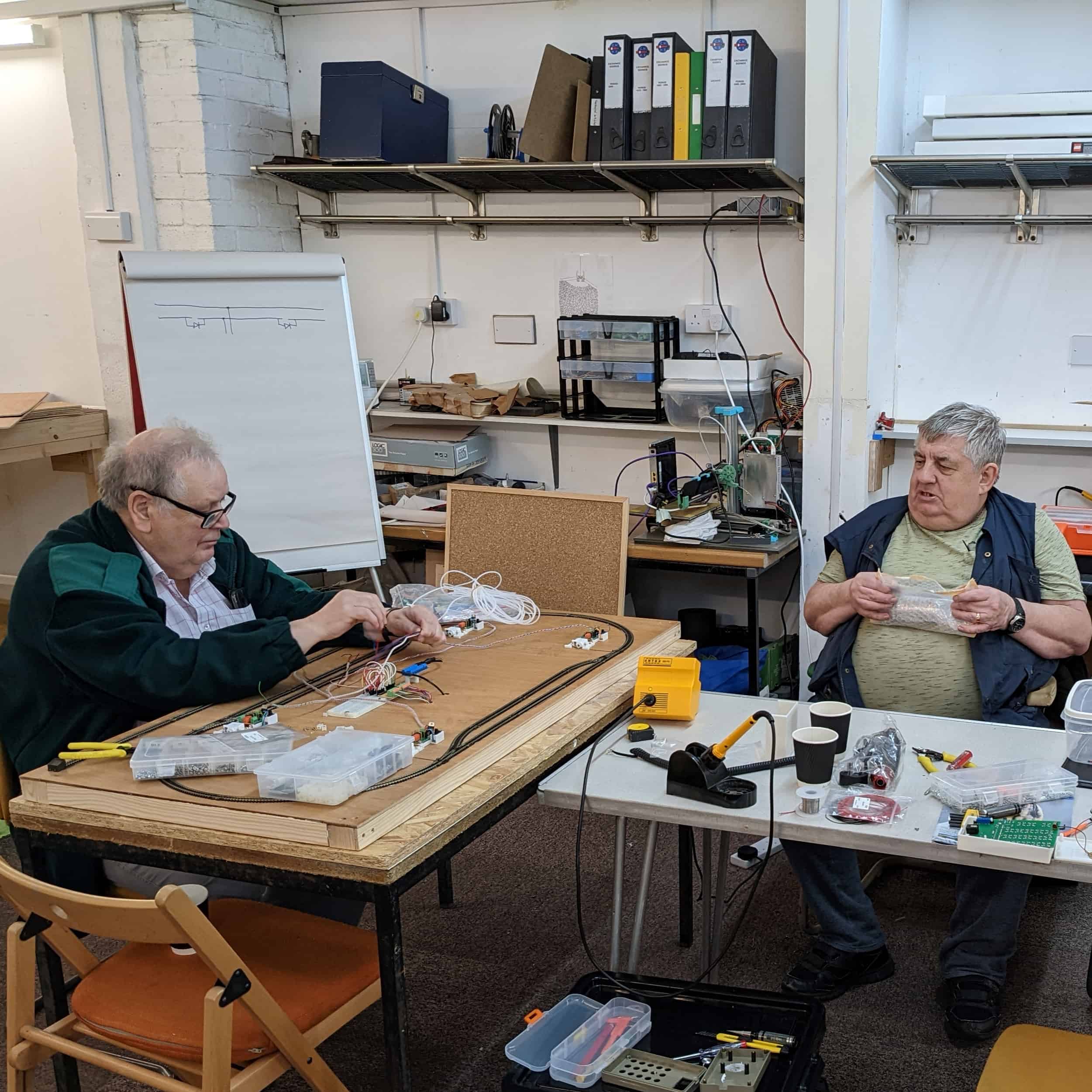 Malcolm H continued with the point wiring; some of the spiral wrap needed to be extended and after some discussion it was decided to fix the spiral wrap to the baseboard using screw-clips and tie-wraps.

Some discussion ensued on how to connect the point wiring such that it would be easy to switch between different control systems. In the end it was decided to use a CBUS connector to connect the four point wires. The connector can be seen just above the breadboard. All it needs is a 3D printed chassis to secure it to the baseboard.

In the meantime attempts were made to upgrade the case for the DCC hand controller to be used on the OO gauge layout. Some unexpected problems were encountered, probably due to the type of buttons used on the controller. Despite all efforts, three buttons failed to work, so some adjustments need to be made to the 3D printed case before next week.