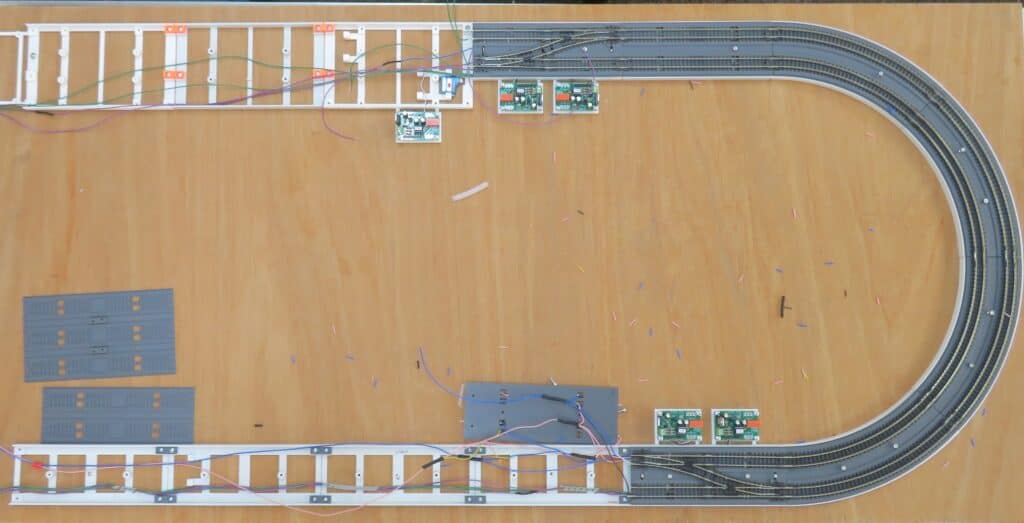 It was not the best of sessions. The wiring that had seemed entirely logical last week, did not seem as blinding clear as work resumed.

Once the wires had been joined, difficulty was encountered in trying to get the track base to lie flat on the ’embankment’. The problem arose as there was too many wired, joined using shrink wrap and not enough space under the track.

There was no option other than to cut the wires and rewire to minimise the number of wires and joins.