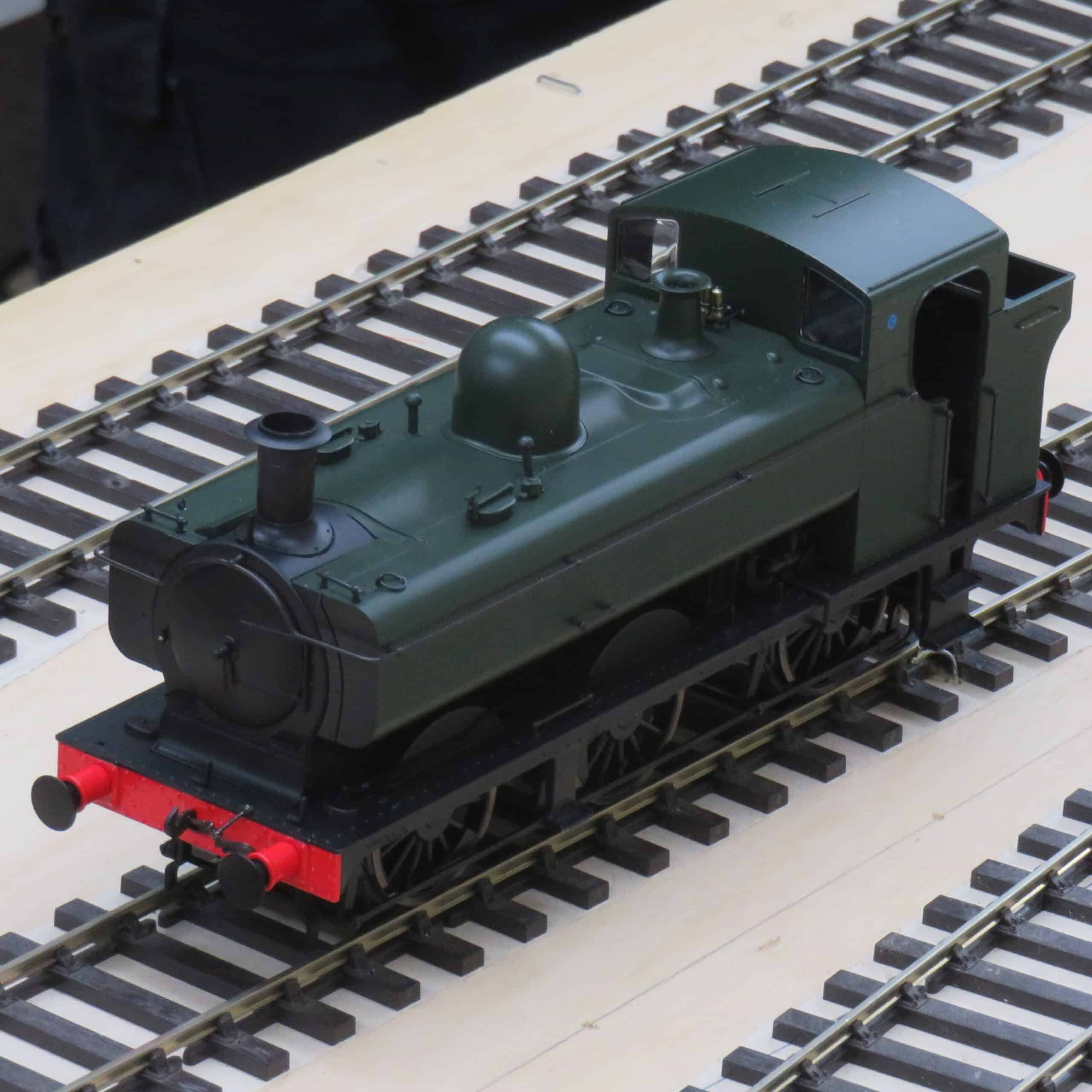 This fine loco and two others were to be seen traversing the Dockland layout.

It could have been that there was an attempt to have a race but I couldn’t possibly comment.

Now that the DCC section of the layout is operational, there was a discussion on the DC shuttle at the front of the layout.

Currently a simple shuttle circuit is used but it is not particularly realistic. It was agreed that a more complex module would be used which will allow for inertial control of the railbus.

In the meantime, the harbour has been steadily built, stone by stone. This activity has been taking place over the last few weeks and is now starting to look very impressive.

We are all hoping that real water will be added at some point. However, a pointed glance from Malcolm, the layout manager, suggested that we might be a long time waiting.