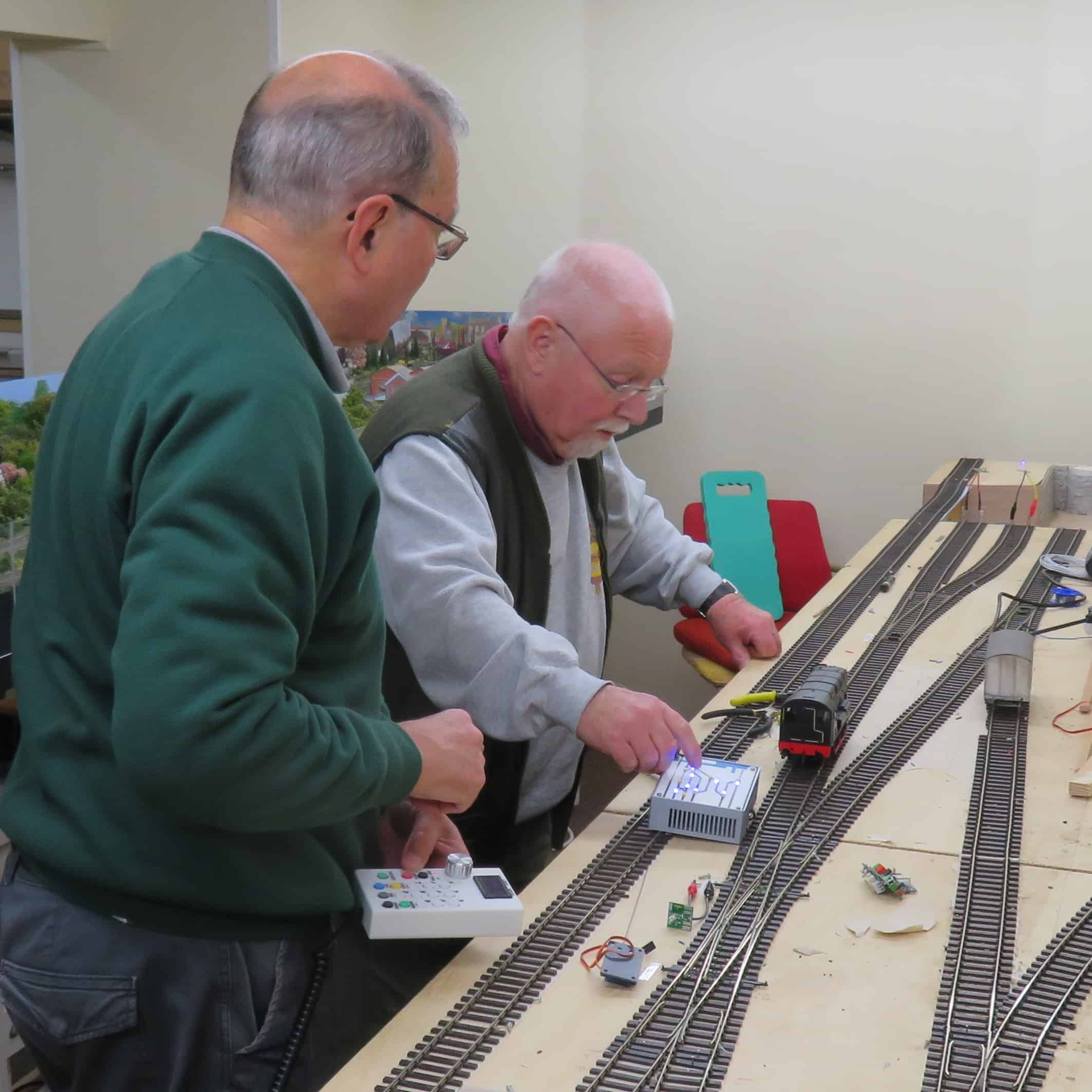 Just as the American railroad companies slowly crossed the prairie, Dave and Malcolm inch down the layout applying power, one section at a time, and moving the shunter to verify that all is well.

Some adjustments had to be made to the control of the points – there were two instances where a button on the control panel was found to move two points. Ray, resident keyboard wizard, fixed that in an instant and work was able to continue.

Ray persuaded Malcolm, the layout manager, to try a new control board to provide the right power to a loco crossing a point, these devices, called frog juicers, work well apart from when the wrong polarity is applied to the point. When this happens, the loco stops, the DCC controller issues a loud shriek – Dave and Malcolm are left in no doubt that there is a problem.