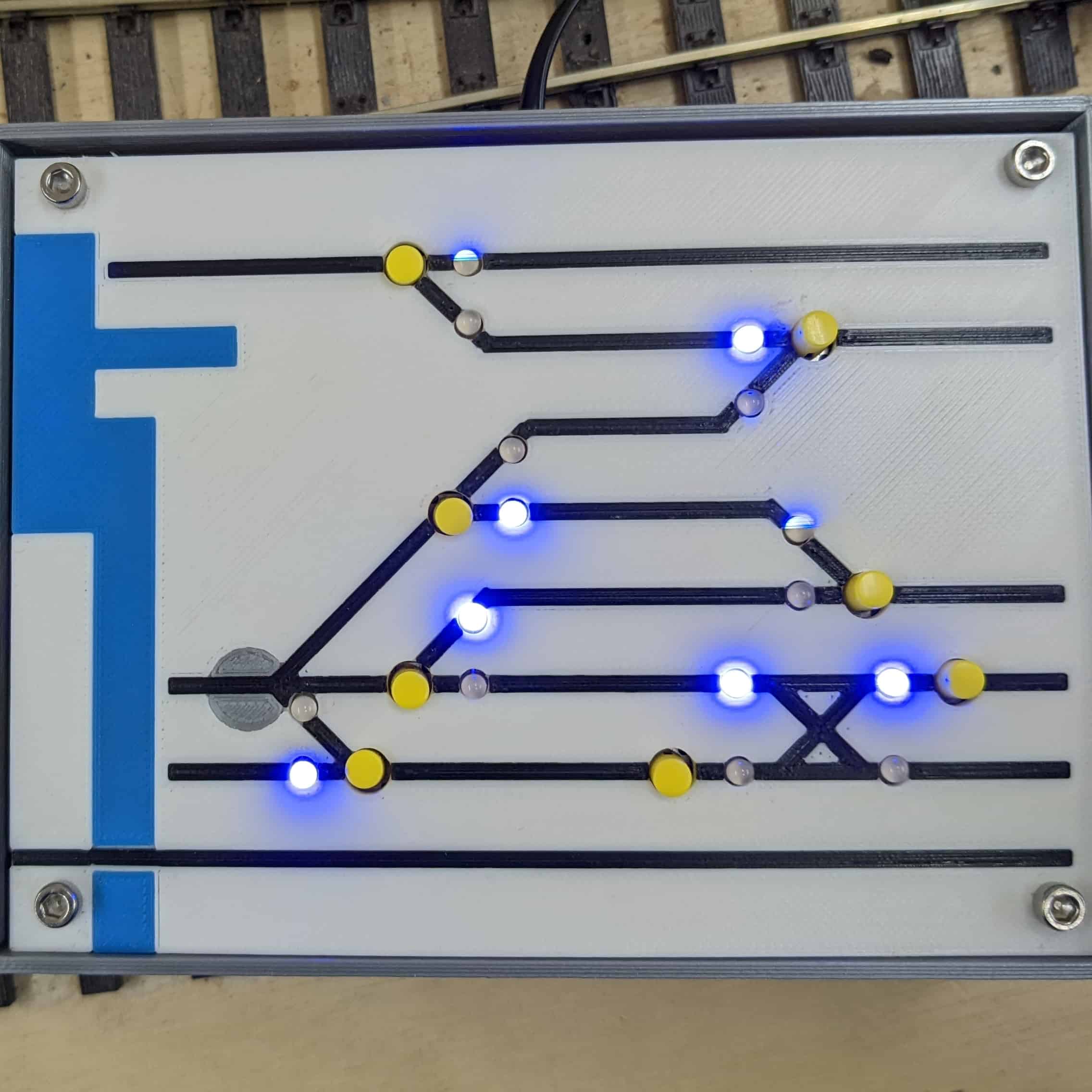 Ray was in control of the computer interface to the layout and Allan was underneath the layout, as usual, tracing some of the wiring.

By the end of the session, all bar two of the points could be successfully changes by pressing a button on the mimic panel and the blue light shows which direction the point is set. The computer is not needed to operate the layout, only to do the configuration and setting of the movement of the points.

Problems were encountered with the movement of two of the points where is is likely that we will need the services of Malcolm and his Dremel and extensive range of attachments.