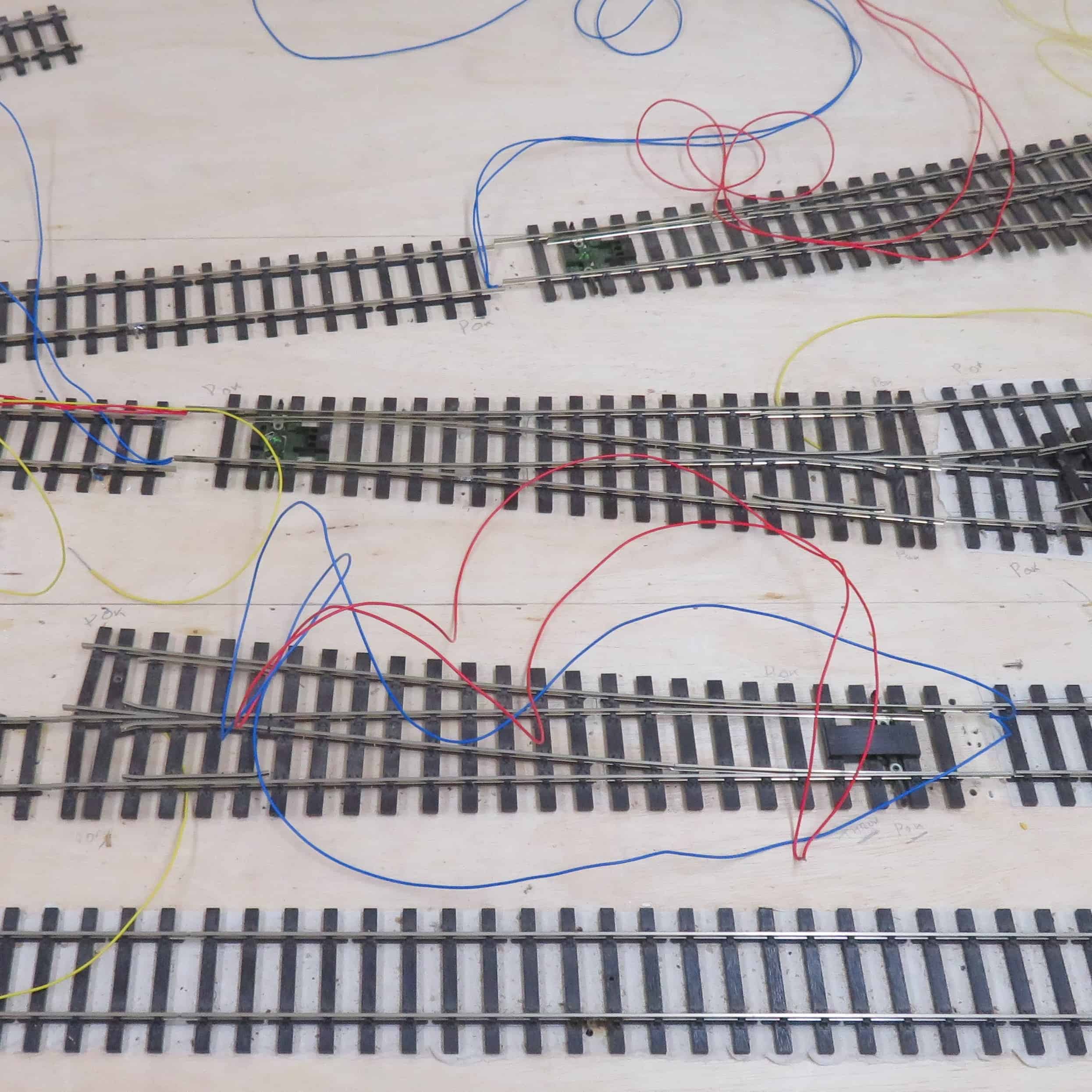 The points have now returned sprouting a fine growth of wires – all carefully colour coded. 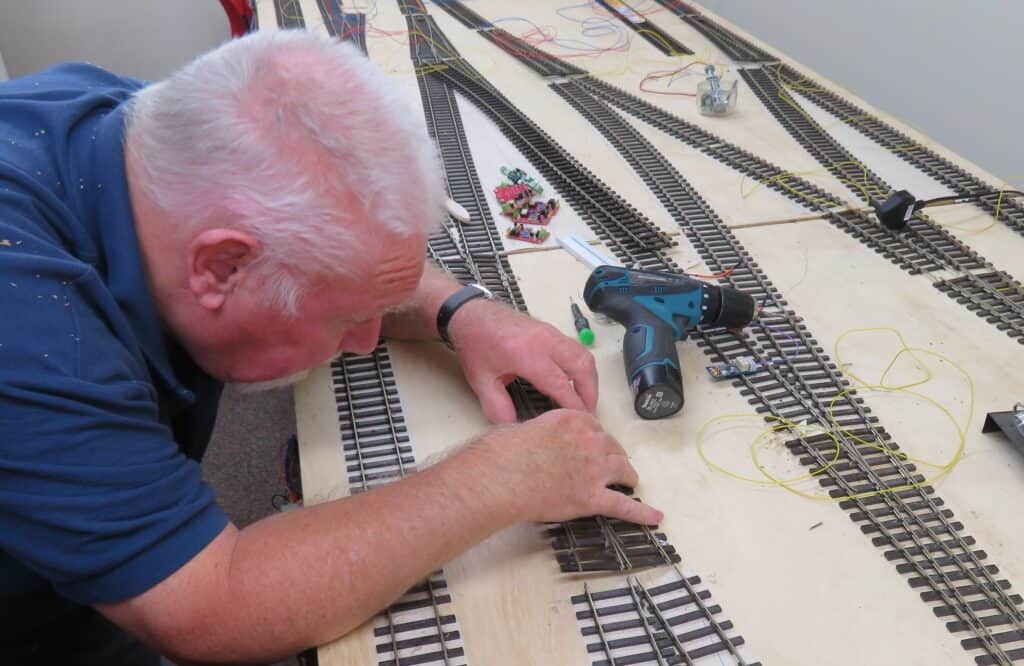 Taking up the points was easy – sort of. However putting them back again can test the skills of even the finest modeller. The problem is locating the servo actuator wire back into the small hole in the tie-bar. It is bad enough for points but the double slip has two actuators to be located. Just as you locate the second one, you notice that the first one has popped out again.

Then comes the task of connecting up the droppers to the DCC power supply. Ray makes it look all so simple but for those of us not trained by BT, the task can be a bit more daunting.

Some of us are cowards at heart. Here Malcolm is trying to locate a particular wires amongst a large bundle – whose idea was it touse wires of the same colour. None of us waned to mention that the wire he wanted was the one on the floor. 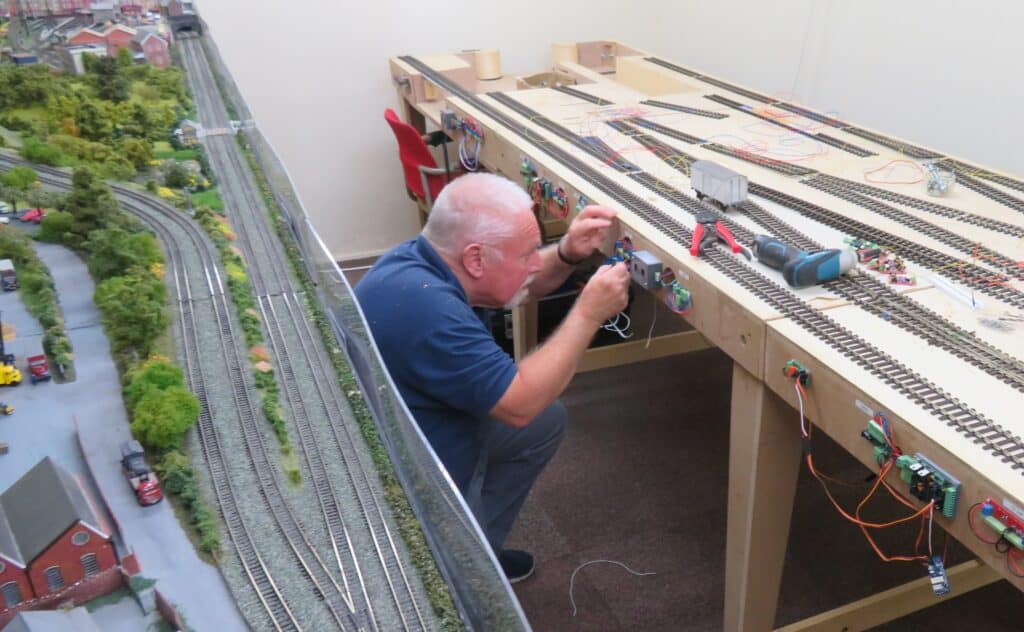 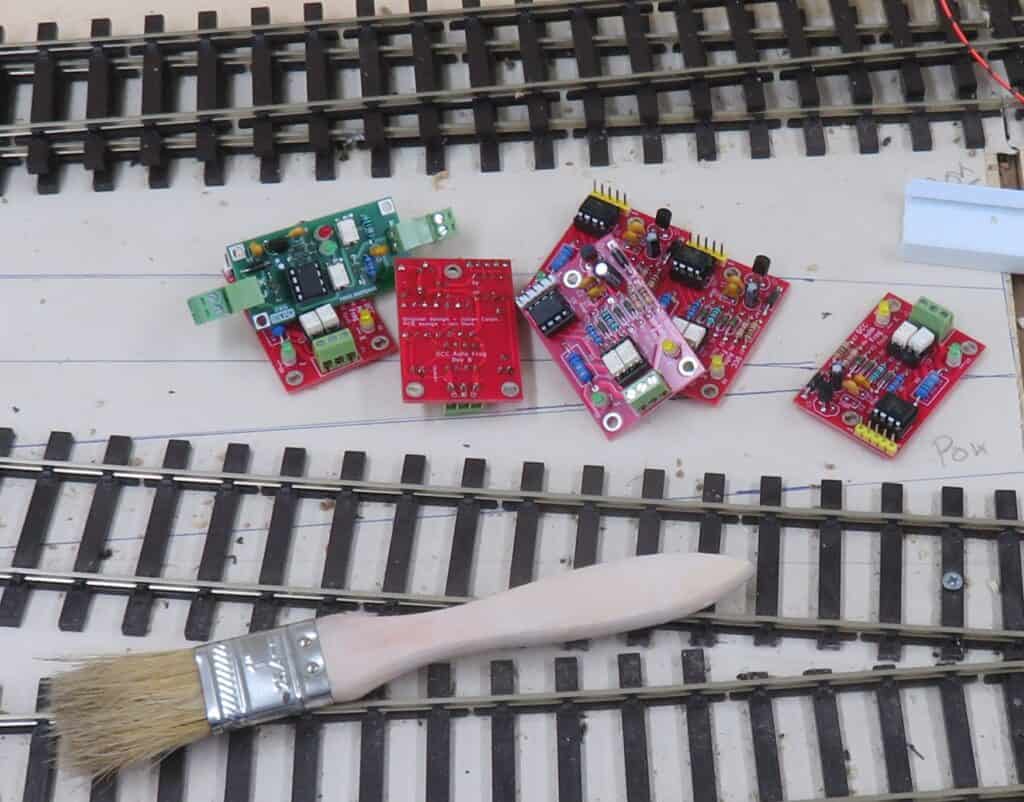 When Ray heard that Malcolm was having problems with the point-work, he helpfully suggested that all Malcolm needed was another bit of electronics and all his problems would be resolved.

Sometime the air around Dockland can have a blue tinge. However, this time, Malcolm took Ray at his word and promised that he would install the euphoria enhancing modules.

Secretly, however, the tool next to the modules might suggest that they will be brushed under the carpet when Ray’s back is turned.