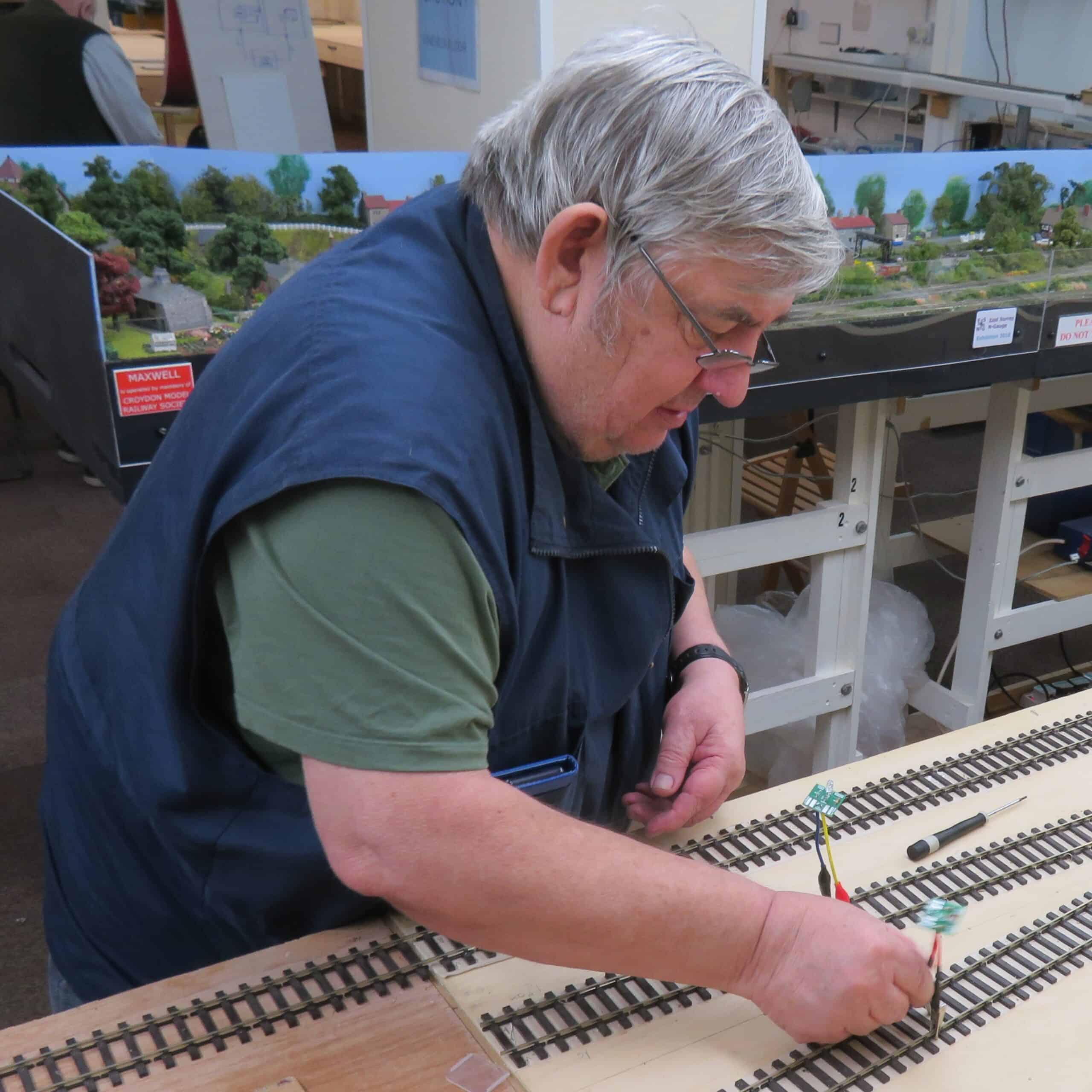 Just to recap, after the layout was moved to its new location, the electronics needed to be moved as problems were encountered as members squeezed past one another. A crash diet for members was suggested but this met with little support.

Malcolm has added some new hinged panels and prior to the Christmas break Allan and Ray had started to move the electronic modules onto the new panel.

The modules have now all been moved, Malcolm and Dave have started to reconnect the droppers. After many cups of tea, they evolved the strategy of connecting one piece of track and getting that to work before reconnecting the remainder of the droppers.

Having agreed the strategy, Malcolm and Dave immediately deviated from the plan and connected two pieces of track, such was their enthusiasm to get it working.

Along came the grand switch-on – damp squib time – nothing worked. Ray added some temporary wiring to get power to the tracks and snatched victory from the jaws of defeat as the loco moved down the first track and then the second track.

Flushed with success, a point was added and Malcolm and Dave were rewarded with an immediate short-circuit. Malcolm, Dave and Ray debated the finer points of where gaps in the track were needed to support the frog-juicer circuitry. Ray has assured us that no frogs were injured as a result of this work.

So next week need Allan and Ray to do some more fault finding and Malcolm and Dave will need to ‘mind the gaps’.