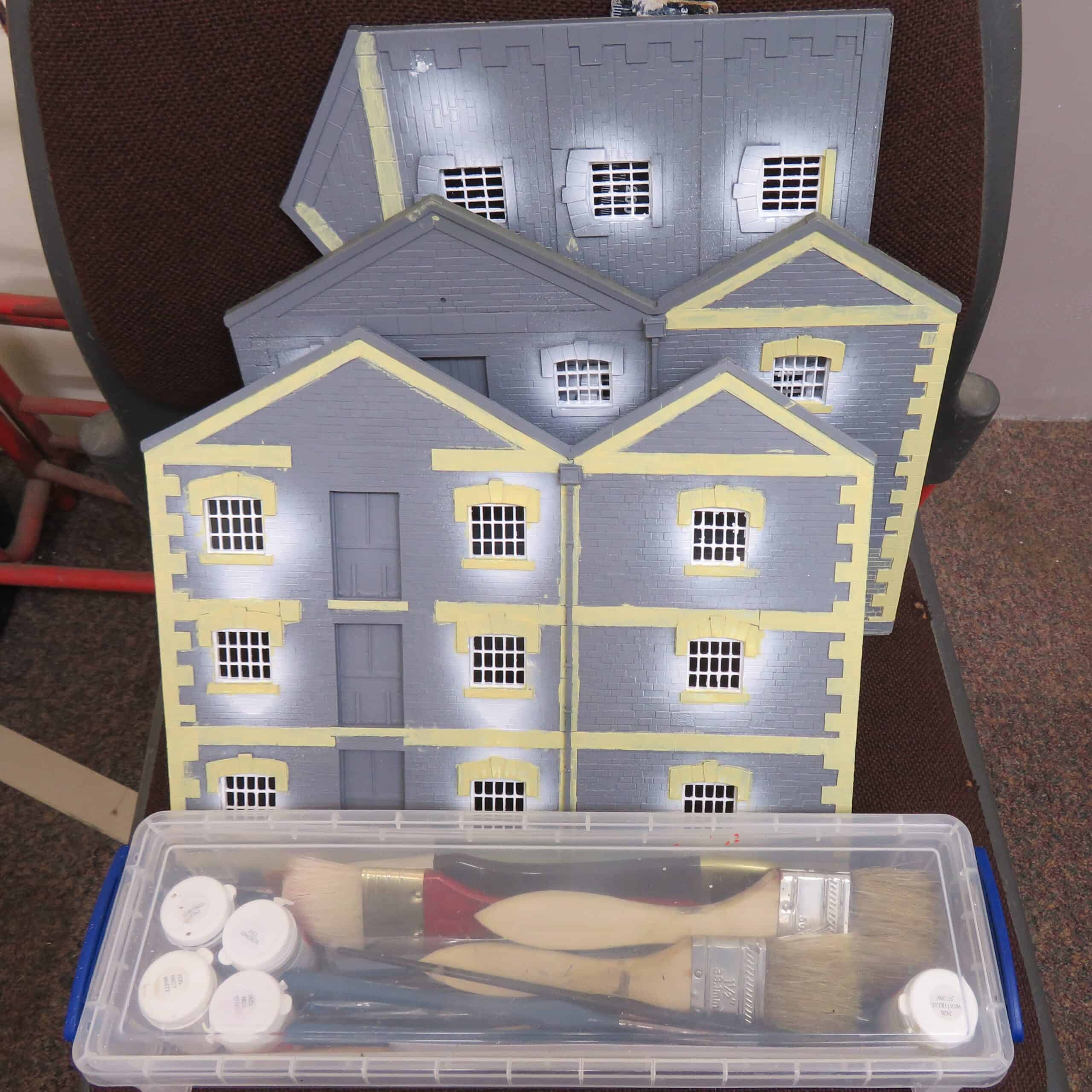 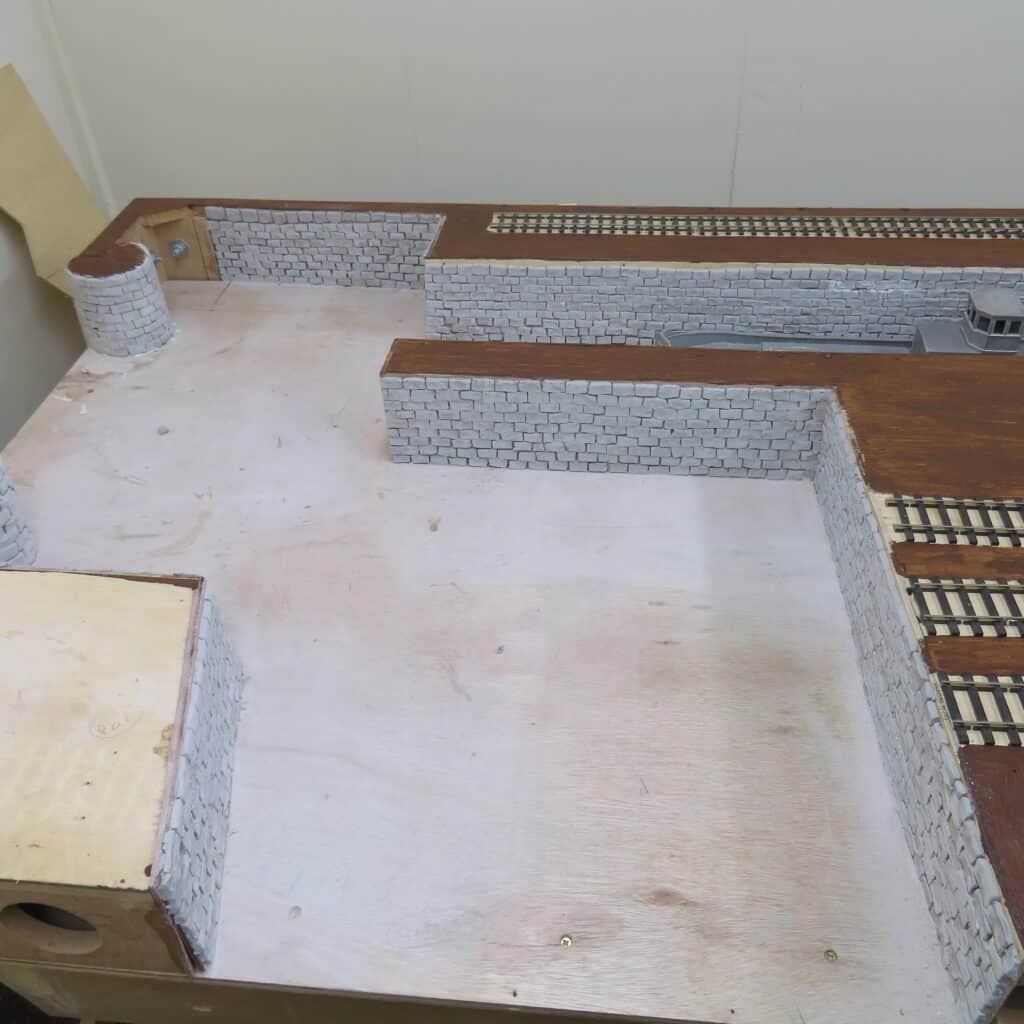 Good models go through many steps before the required effect is achieved. The lintels and corner stones of the façade have been painted to highlight them. Weathering will tone them back down again.

The stonework of the harbour is almost complete but ‘mortar’ is yet to be added before the weathering can commence.

The initial attempt at ballasting is now back in the jar; a second attempt is currently being contemplated.

Meanwhile a control panel has been constructed to better control the shuttle at the front of the layout. A test track is to be used to ‘tine’ its operation before it is deployed on the layout.

The sparkies are refusing to deploy the shuttle until there are buffers at each end of the track. You might think this is a lack of confidence on their part or the voice of experience.