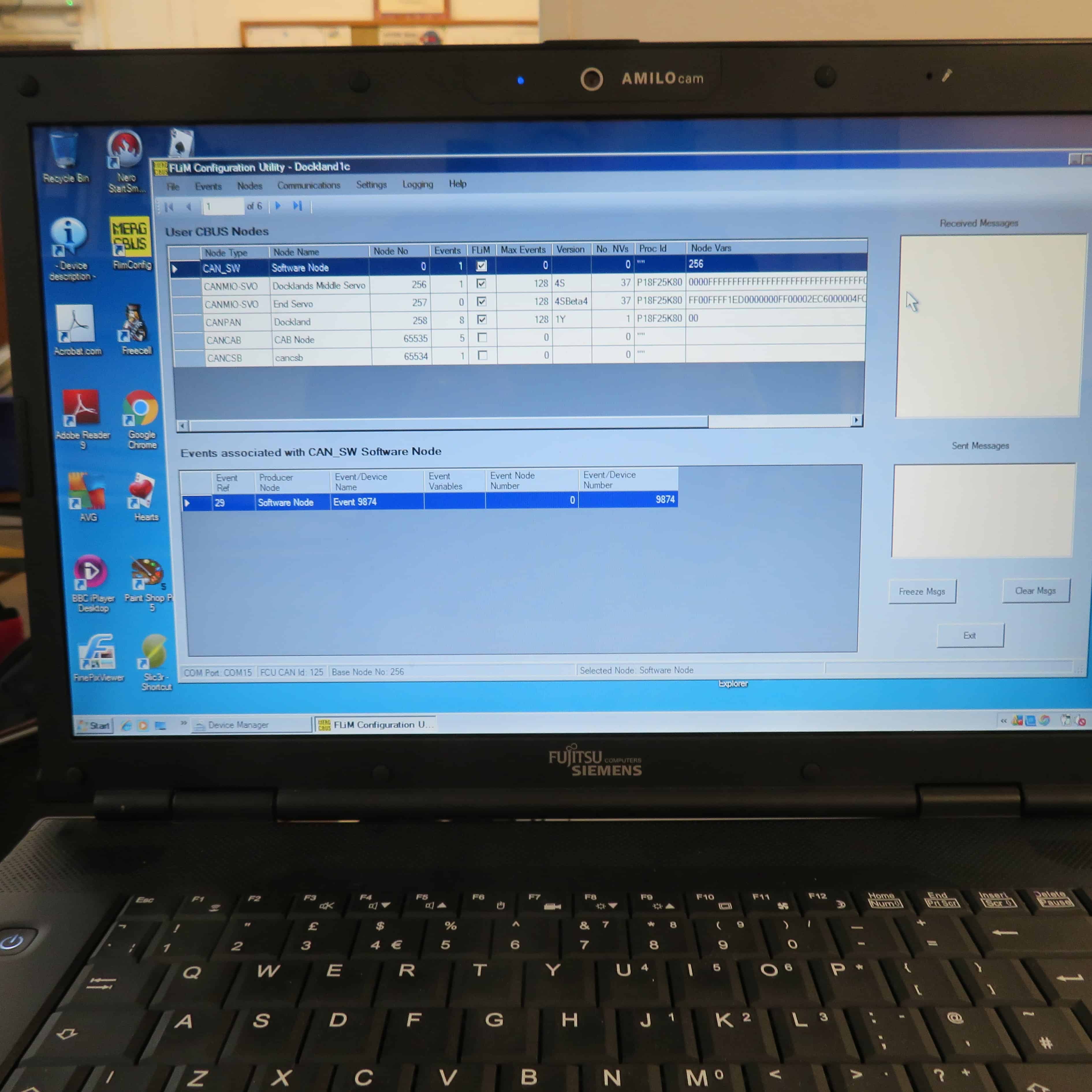 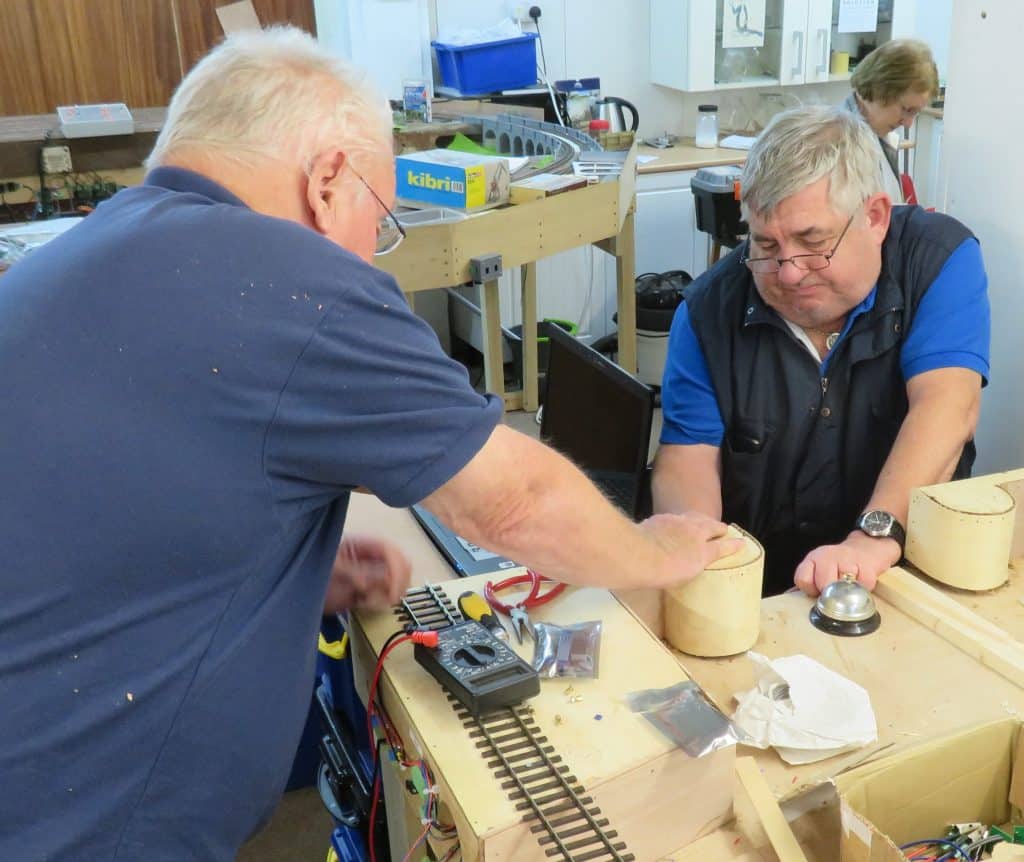 Malcolm C continued the saga of the double slip – the wiring of the microswitches has now been hidden. The DCC supply kept shorting during the process but we didn’t like to tell him.

One module was identified where the dongle had been ripped off. Perhaps some members need to go on a diet to help them squeeze more easily past the layout. Another module had lost its programming which is a bit of a mystery to us at the moment. Shaun’s configuration skills are going to be needed again.