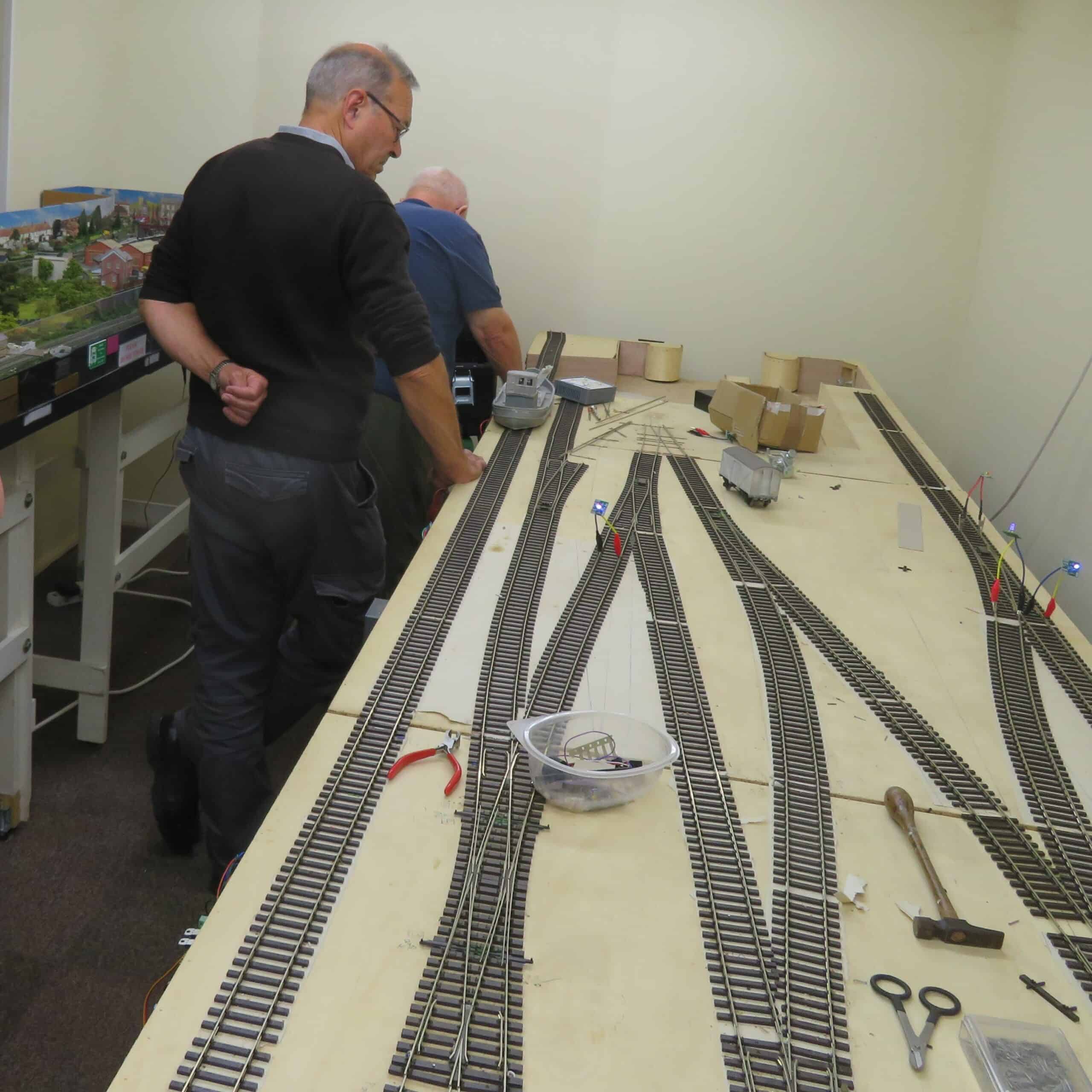 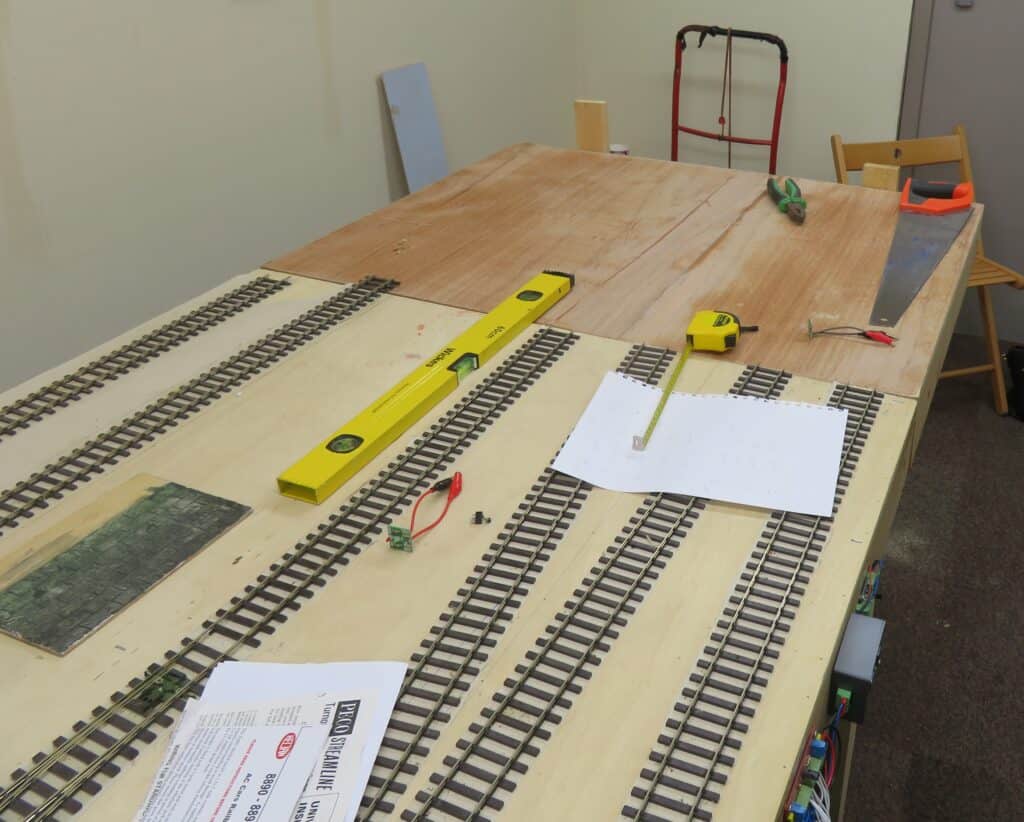 Not only has Dockland moved to a new location in the club, it has also gained a fourth baseboard. That may sound a lot but this is 7mm scale where another metre or so does not hold much in the way of rolling stock.

Some initial electrical problems have been resolved. Members will be glad not to hear the buzzer that sounds whenever there is a short circuit.

Some members might think that the electronics look complicated. However there are relatively few wires under the baseboard and all of those are neatly tidied away in conduit.

Inevitably after the track is secured by nailing it to the baseboard – there is a reason why some track needs to be removed.

The photo shows Dave and Malcolm doing their best to prise up a point without bending the rail of snapping off the plastic sleepers.

The next electronic challenge is the supply of power to the insulated frogs on the points. A number of different solutions are being investigated: – 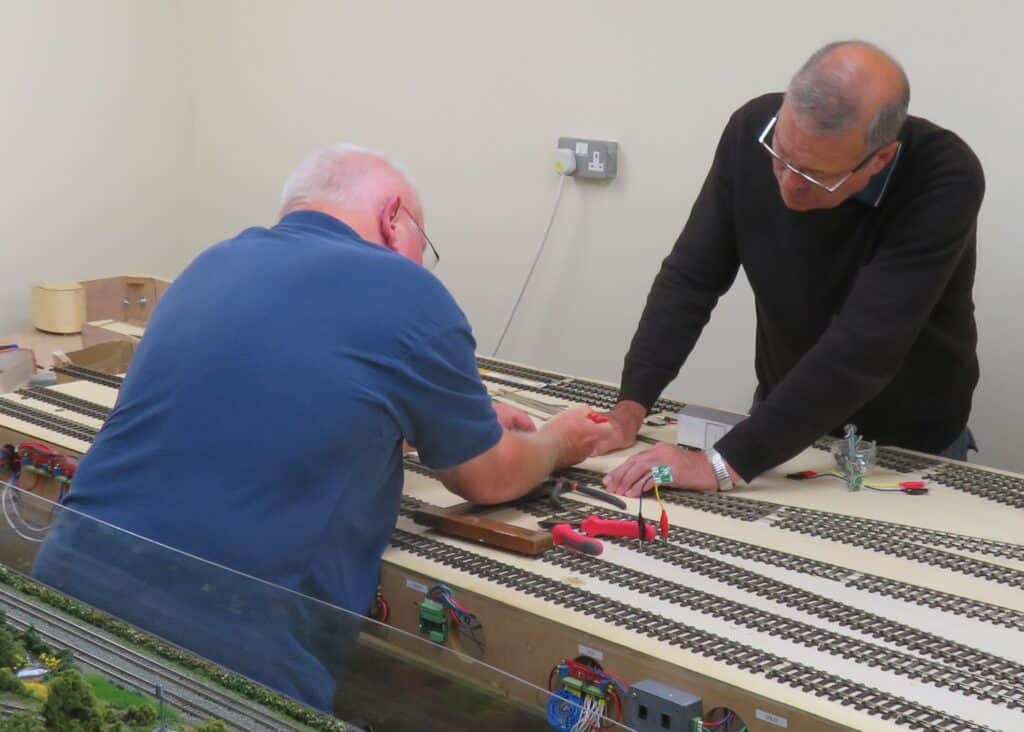