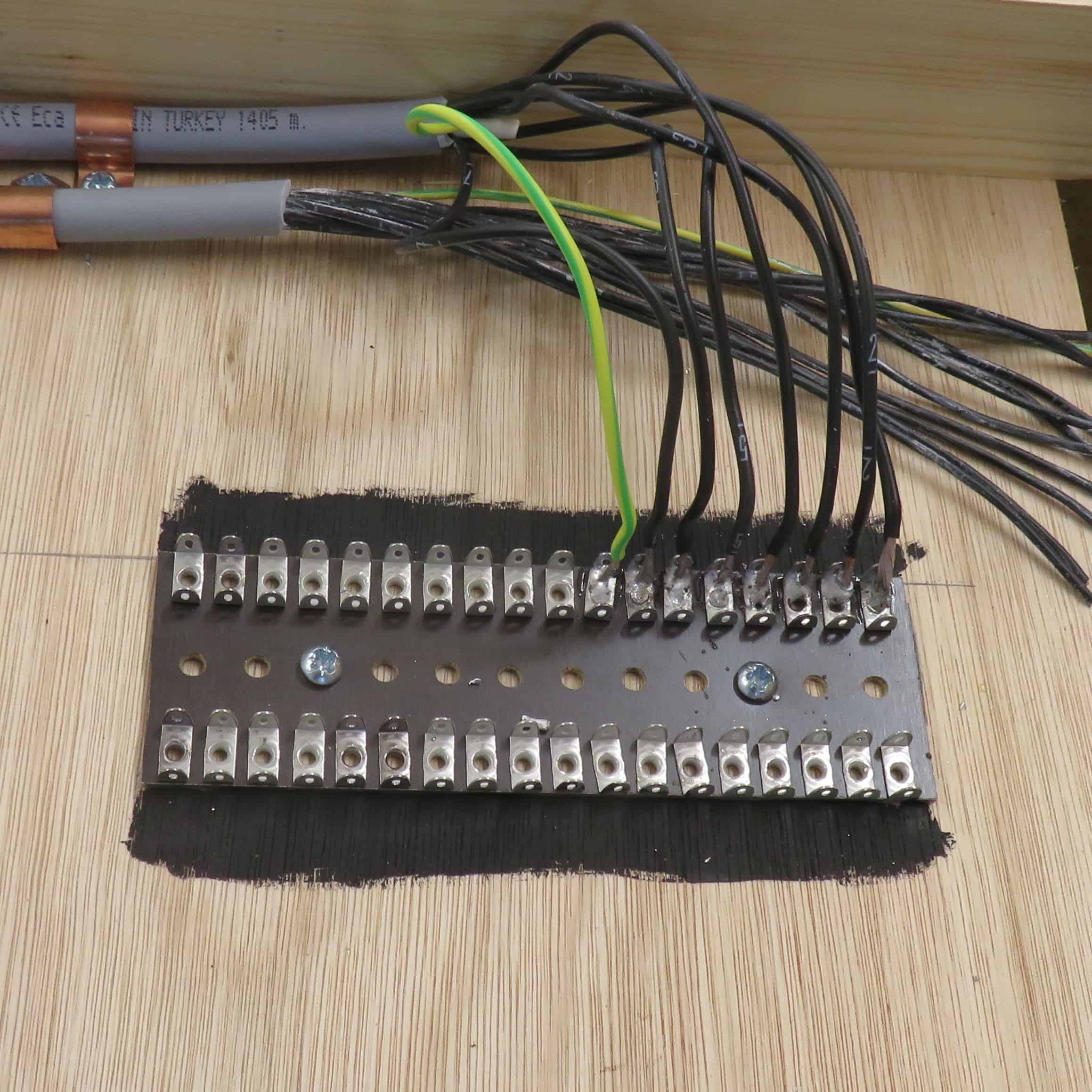 Richard was keen that everyone knew that under the bare baseboards, work has been progressing apace! There are now eight cores running around the layout, each terminated on a tag strip which will be used to run connections to the underside of each baseboard.

Imagine the joy that Richard experiences when he confirmed that core one of the cable under the first baseboard was still core one on the last baseboard – and all the other cables were correct too!

Richard was also keen that we should admire the latest innovation designed to keen the baseboards in the right place.

Progress is picking up fast now and it shouldn’t be long before the first track gets laid and locos will be taken out of their boxes.