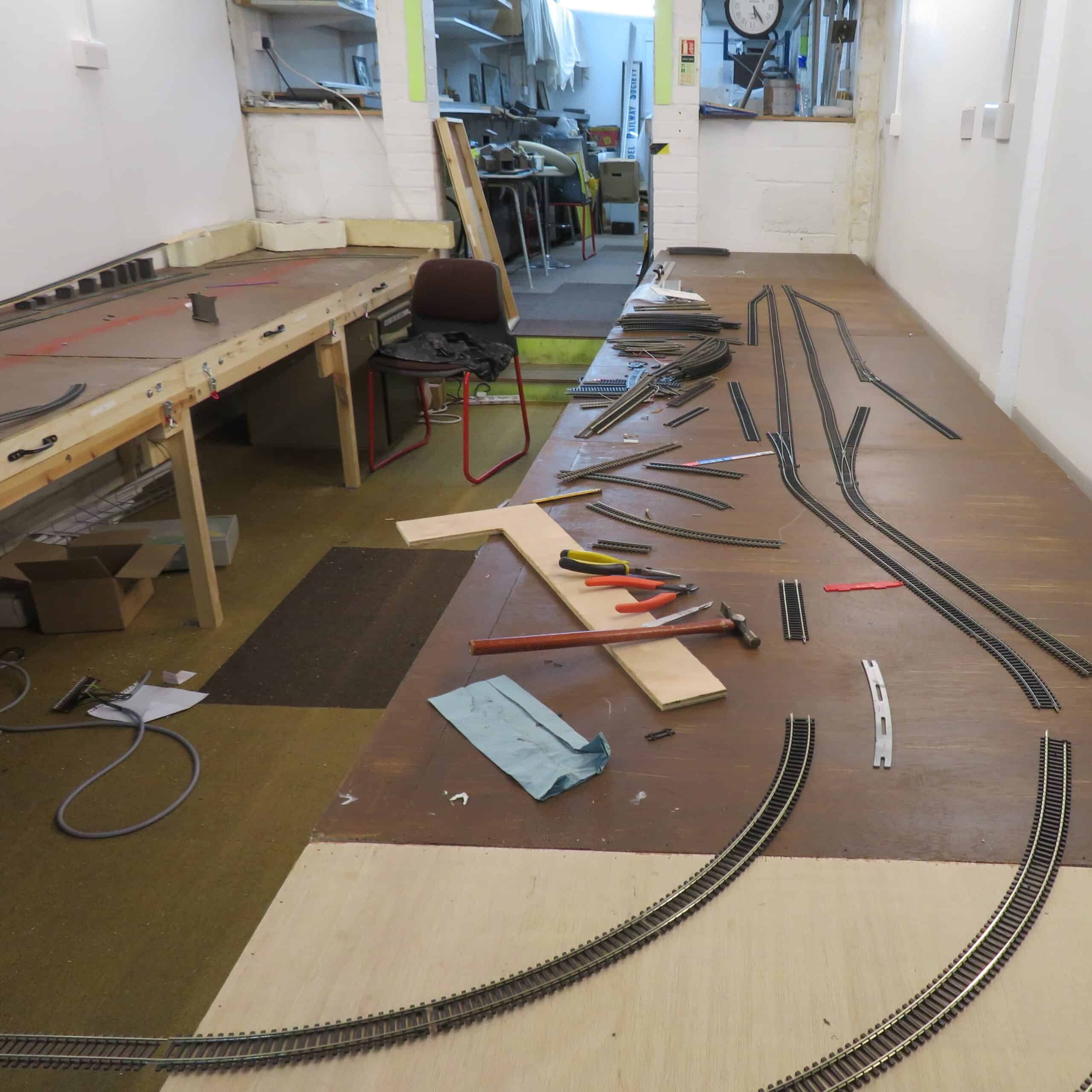 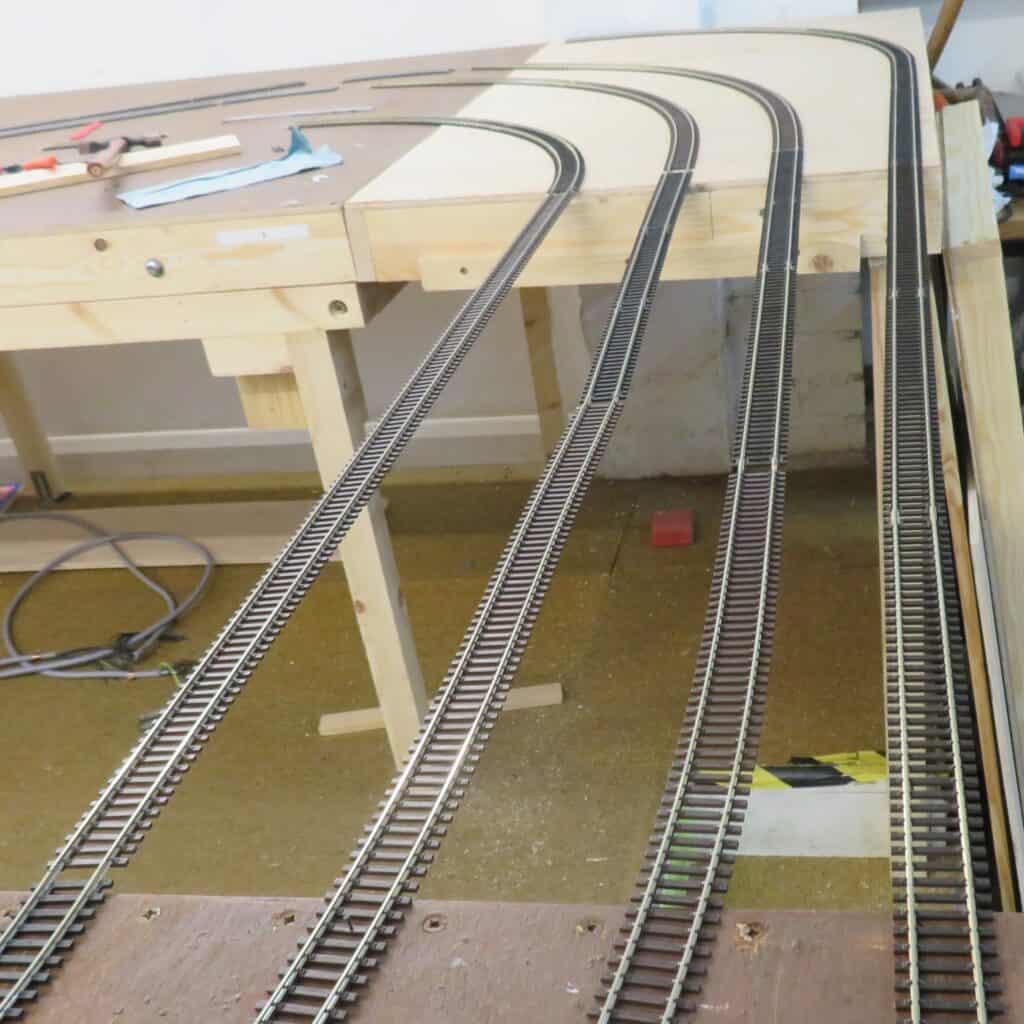 Richard  and Malcolm, keen as ever, arrived early (11am), for the committee meeting in the evening. Given they had some time on their hands they turned their attention to trackwork. Many hours were spent trying out different combinations and by the end of the afternoon work stopped as they ran out of straight track.

In the meantime some innovative track bridging was attempted and Dawlish stress testing method was adopted (see photo below).

Further work was done assembling modules that had been gathered together in the bags of bits.

Malcolm wanted me to point out that the loco was last seen on the Great Model Railway Challenge.